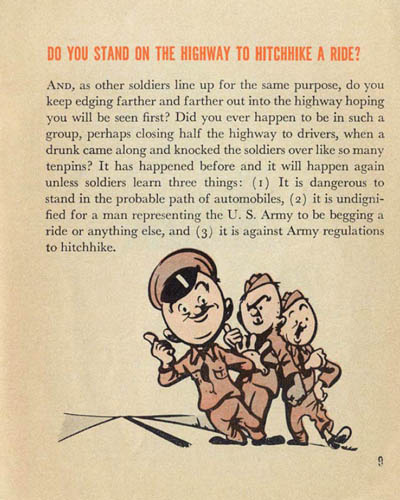 Droop any more. He'll be Mr. Droop — the army can't use a man with a permanently wrecked leg. Did he fall on the field of battle on some far-off front? Droop was hit by a truck while he was crossing a street in the middle of the block. He was in town on a week- end pass. He has missed the war — the war he wanted to fight. He has deserted, not from lack of patriotism, but from thought- lessness. And he is just one of many droops and 8-balls in this They are the guys who take unnecessary chances with their lives. Hundreds of them have already missed the war. Hun- dreds more- — even thousands — will miss it unless they wise up fast.

How do you rate on personal safety, soldier?

Try yourself out on the following simple, off-duty safety questions, and see. The wartime speed limit was imposed to conserve rubber and to conserve automobiles, but it also conserves lives. Speed, in and of itself, causes relatively few accidents, but speed makes any accident more serious. A crash at 60 miles an hour will not be twice as severe as one at 30 miles an hour. It will be four times as bad. That is why these high-speed accidents involving soldiers that you read about usually result in the death of every last man in the car. It's a high-school kid's trick to overcrowd cars, and men who are engaged in soldiering— the most hazardous occupa- tion on earth — arc usually far too smart to take chances when chances aren't necessary.

Even so, a man is mighty tempted to go along in an over- crowded car. Best advice here is to let your head do your thinking for you. Few people have survived being thrown from a moving automobile. Ignorance of the effects of alcohol on a man is almost as common as drinking. Nobody is immune to the effects. If you were, there would be no sense in drinking. You get a kick from alcohol because it enters your bloodstream, and travels at once to your brain.

Your judgment is impaired and so is your ability to manipulate your arms and legs. This goes for everybody, the so-called good drinker as well as for the soldier who gets dizzy if he smells a cork. Nobody is as good a driver after drinking as when he is sober and that is why one driver in nine involved in fatal accidents has had a couple of beers or mote. Fatigue is almost as treacherous a drug as alcohol, at least in its effect on an automobile driver.

That's why soldiers who make these and mile nonstop trips home often never get there. The driver falls asleep at the wheel and the car charges otT the road or into an oncoming machine with- out slackening speed.

Even truck drivers who push the big jobs over the roads day in and day out suffer from fatigue. They know the danger best. That is why they stop and get out of the car and exercise to wake themselves up. That is why they occasionally pull off to the side of the road and sleep for an hour or two. 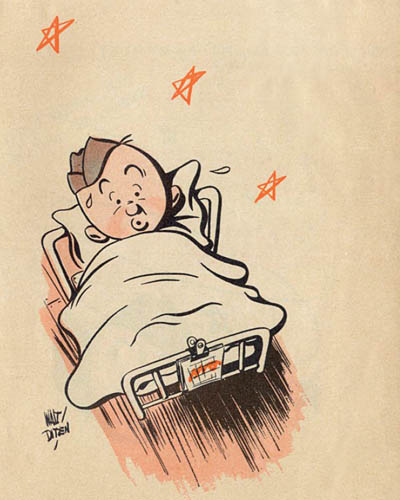 
If you do, you're really asking for it, soldier! Everything is against you, because your back is to approaching cars and you arc at the mercy of every near-sighted, drunken, sleepy, or indifferent driver on the road. If you walk on the left, facing oncoming vehicles, you can watch cars approach and if they seem to be coming too close or are otherwise suspi- cious looking you can jump aside and let them pass.

Pvt. Droop Has Missed The War!

Townsend, R. Dolan and James L. The Century boys finish a hard day of combat flying in the Burma jungles with a little close harmony. Robert C. Rayfield gives out on the organ as Capt. Robert A. Tony Clendenin beats out the rhythm. The vocalizing is being done by members of the Century Club Choir. From left to right, Lts. Richard H. Newcomb, Richard R. DeLong, Rayfield , Robert P. Beech, George A. Bennett, John M. Kinnaird little Anne's papa , Lt. Habecker, Lt. Letak and Clendenin. These pilots "sing" pretty good with hot lead, too. Chaplain George R. Wilson offered a prayer of dedication for the building.

Helen Dugan and Cpl. Leonard Wolf sang religious songs, accompanied on the piano by Sgt. Vincent J. Bill Bentley of the 14th A. He says on the basis of picking her as his favorite pinup girl that years ago she wanted to be a missionary to China and anyone who looks like her would be welcome there.

https://withdsandhalegor.tk Rupert Arnold an Air Force G. Joseph, Mo. Peggy Collins Arnold works. Piling into jeeps and hiring a variety of bearers, beaters and trackers, the boys plunge deep well, 10 miles into the jungle on safari, and after hours of pursuit and considerable consumption of ammunition, return with numerous "khana" birds to grace the frying pan. Foraging for their chow like many another Army in times past, the boys also keep in shape for an early resumption of shooting at their favorite game - the Jap. Clarence H. 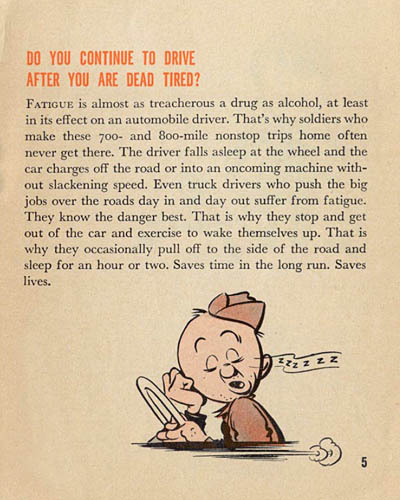 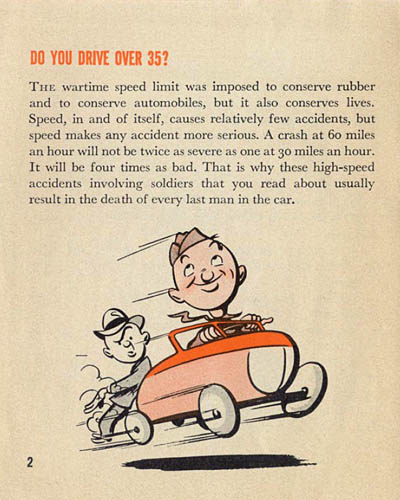 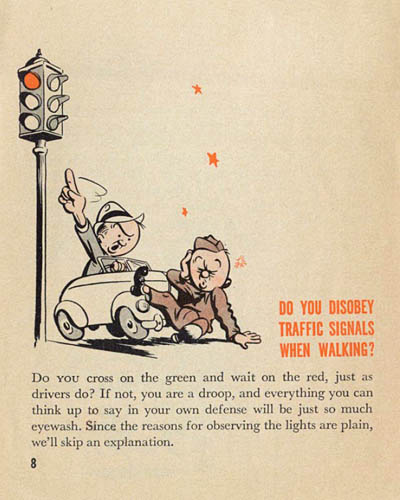 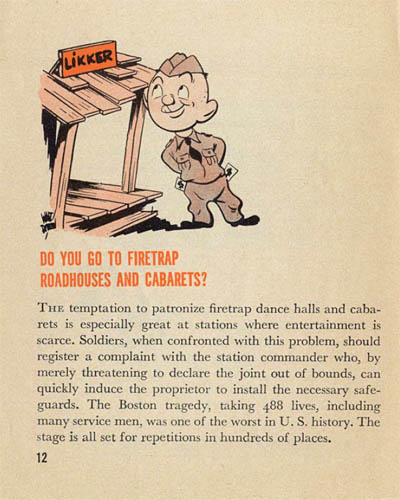 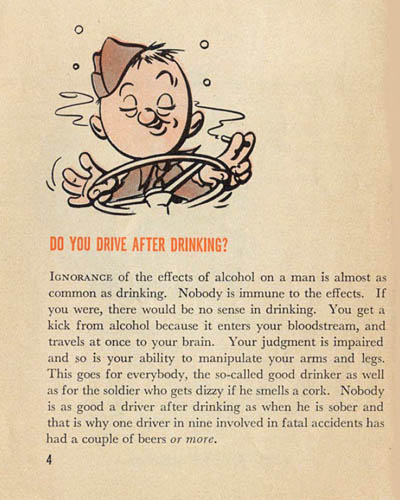 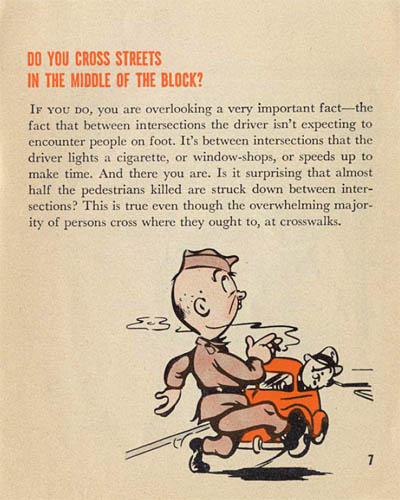 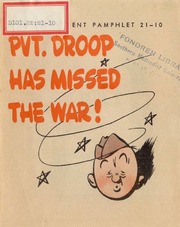